"Landscapes during the Reconstruction " deals with the issue of the reconquest of the land and the cultures by the inhabitants between WW I and WW II. The agricultural reconstitution is a major issue for the Chemin des Dames, this part of the Aisne, plowed, devastated, flattened by the war. The farmers and the administration - national and local - have several priorities : restoring the lands, reconstituting the cadastres, regaining the pre-war yields and reinforcing the productive structures. The farming equipment and the departmental approach to development are two elements to understand the mechanisms of the agricultural modernisation.

The exhibition, "Landscapes of the Reconstruction", is divided into four parts.

The first one, subtitled "Seasons" displays all the tools and objects that contributed to restore the physical environment. Summer, autumn , winter and spring, the four seasons of 1920 can be observed through more than a hundred pieces from the Conservatory of Vassogne Museum : ploughs, spades, hoes, watering cans, poles , apple-pickers, pickaxes, baskets....

The second part, entitled "Post-war landscapes"offers four visions of the pre- to post-war landscapes. "The ancient world had totally disappeared"shows a collection of original photographs of people and lanscapes before 1914. "Watch, read and write the landscapes" gives accounts of these landscapes of the 1920s along the Chemin des Dames : "landscapes of faces, picture-postcards, photos of places..... "A new reading of farming" describes the technical progress and the willingness to train farmers to tomorrow's world."Landscapes of objects" shows cultivating tools, quite unique and typical of that period.

The third part of the exhibition, "Above the roofs", leads the visitor into a dreamlike vision of the ancient world. The landscape was composed of fields, cultures, gardens and houses, their volumes, their roofs, their weather vanes .... That part of the landscape , destroyed by the war, at the junction of heaven and earth, can be seen through a collection of roof elements : ventilation holes, tiles, finials.....

Françoise Perronno's glass plates : for Vassogne Museum, 2017 is the beginning of a collaboration with contemporary artists. For "Landscapes of the Reconstruction" we have chosen to work with Françoise Perronno, a visual artist. Her reinterpretation of landscapes on glass plates clearly fits the theme of the exhibition. Françoise Perronno draws her inspiration from the actual landscapes along the Chemin des Dames, from before the war to nowadays and she redesigns them : never-ending fields, ploughed fields, horizon, skies, trees, forests, hills..... The drawing, caught between the two glass plates shows up through a play of light and shade. The landscapes are also transitions between the old and the new world. 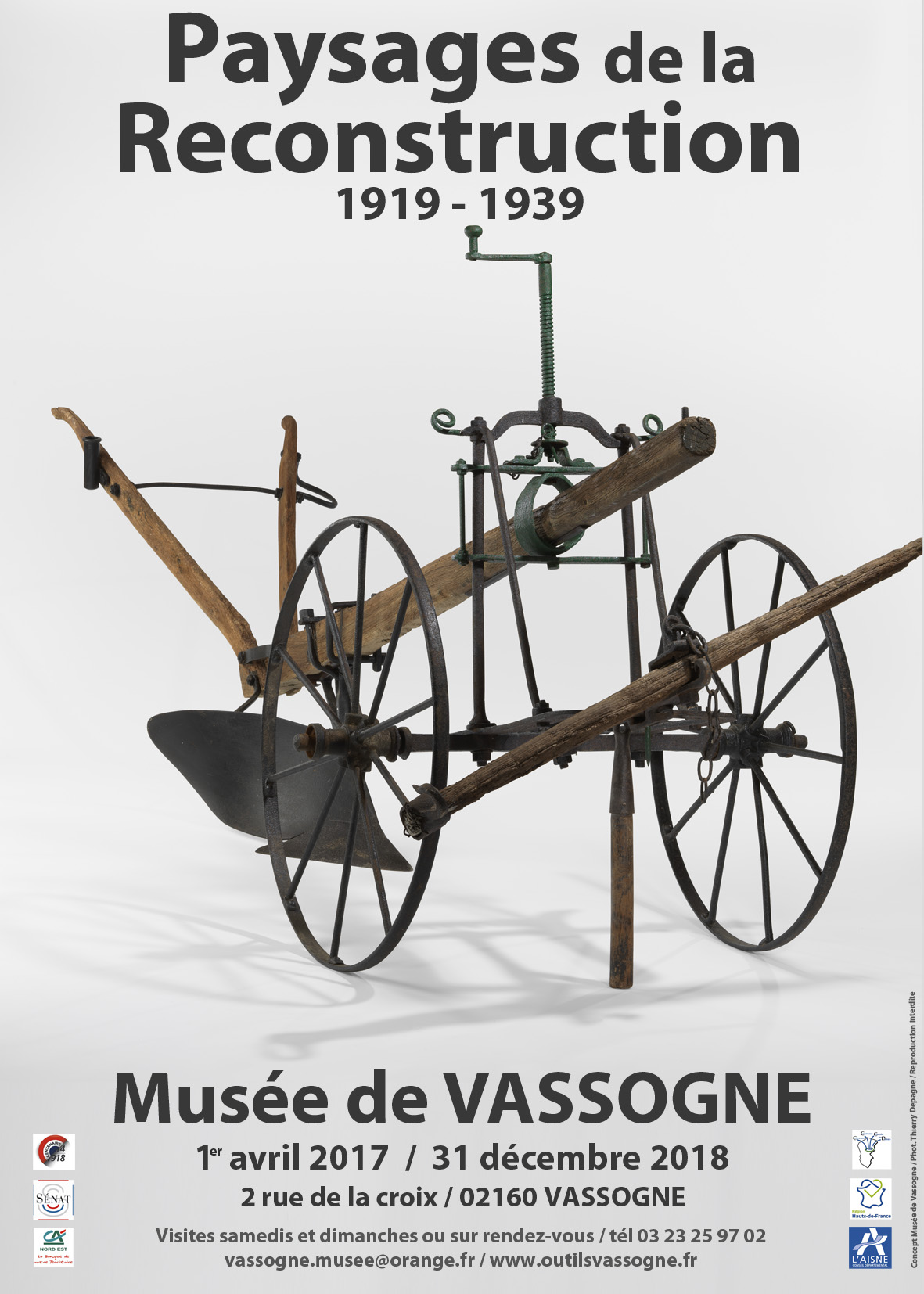 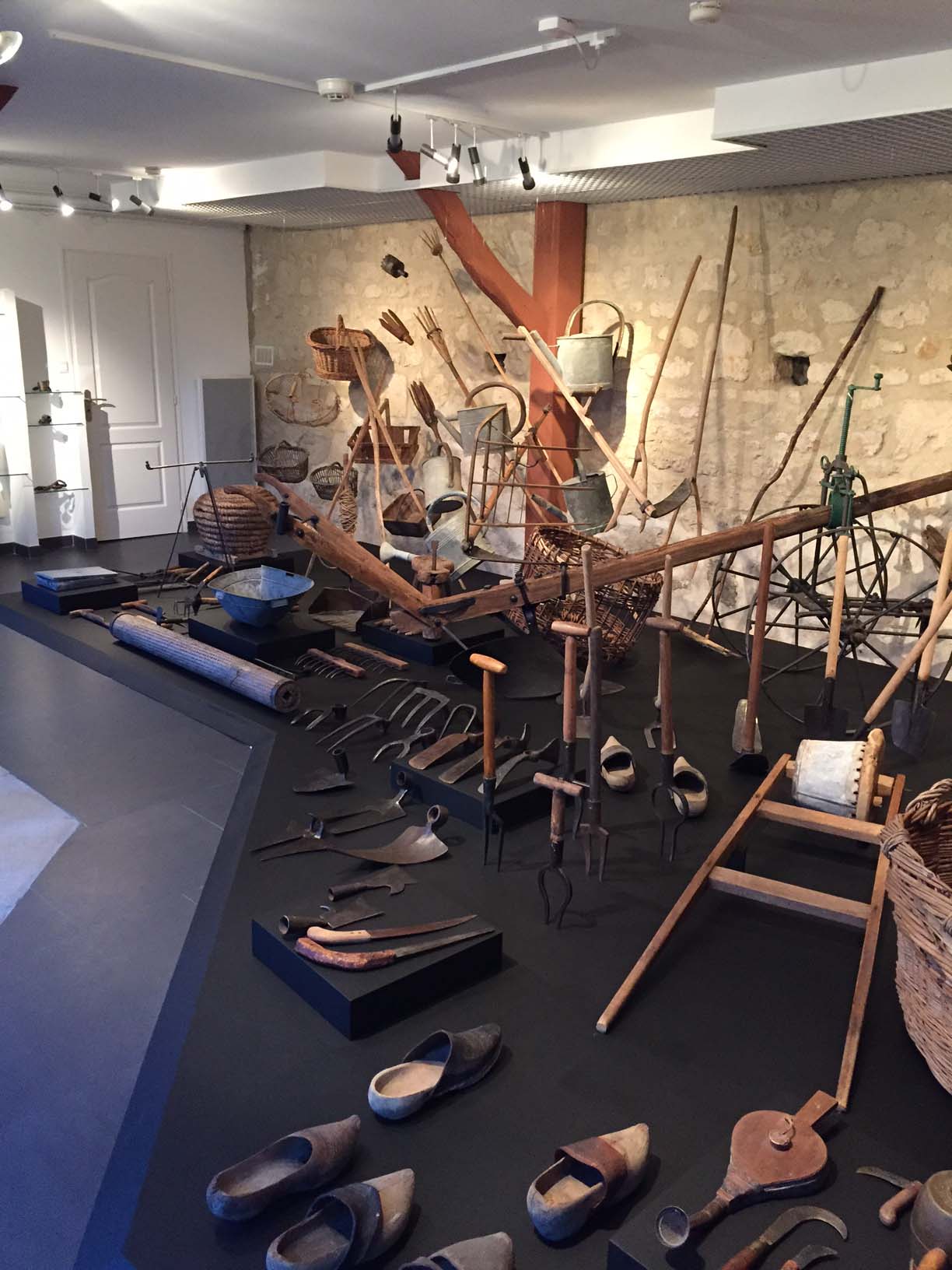 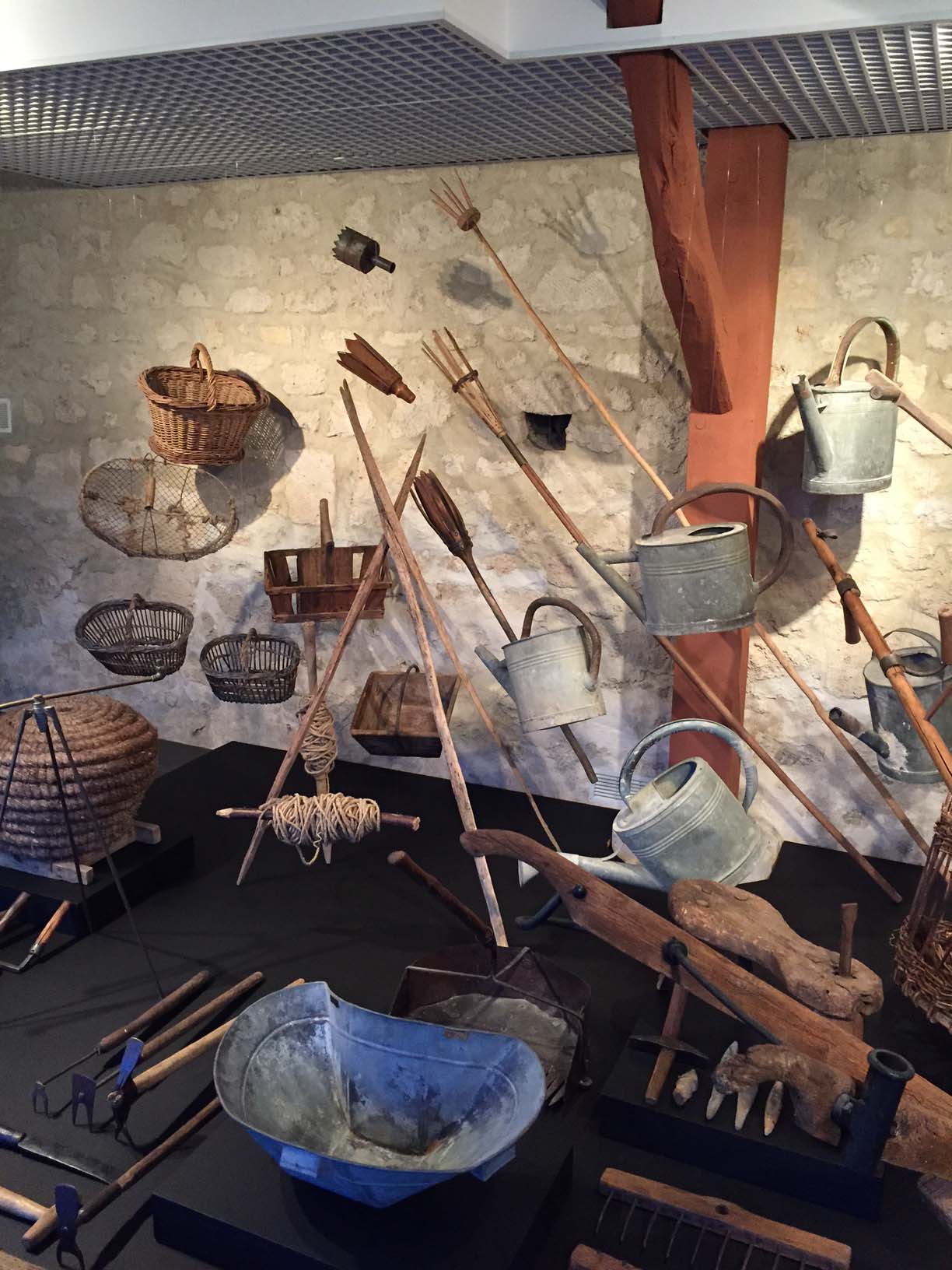 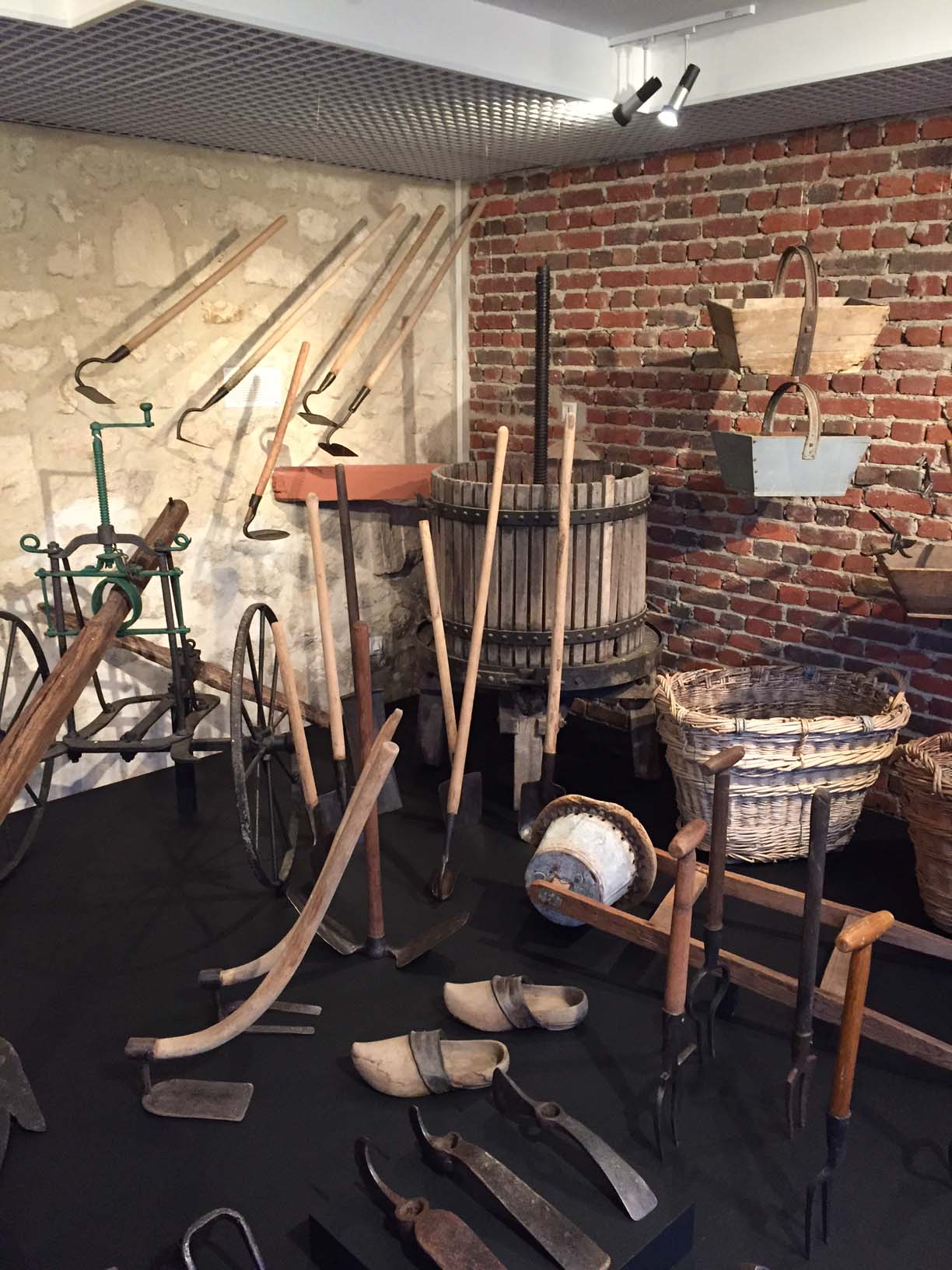 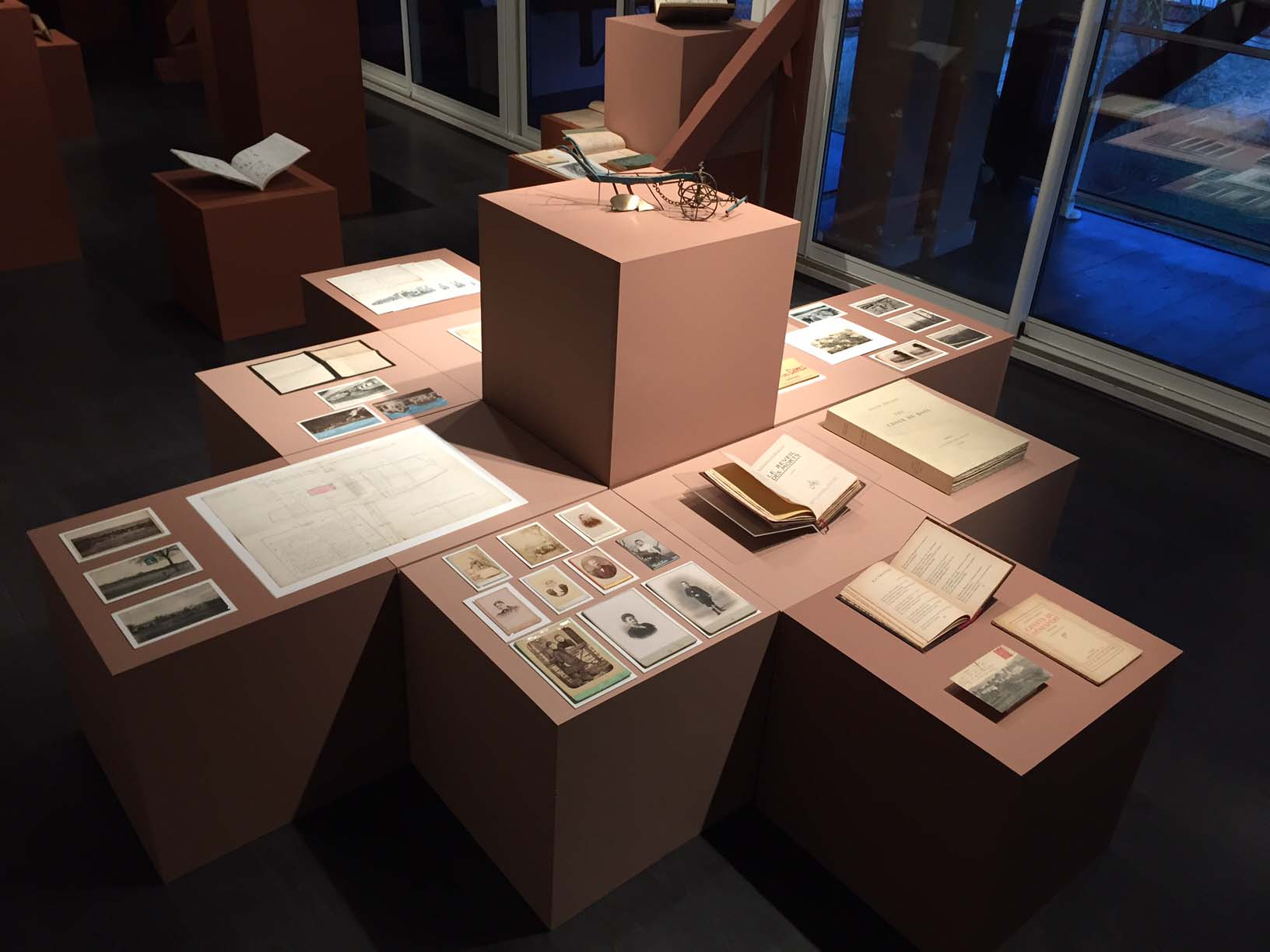