The new exhibition at the museum of Vassogne « the Path towards Reconstruction 1919-1939 » represents a kind of unprecedented challenge : how to evoke and how to make significant all the aspects of the society along the Chemin des Dames after the « évènement ruine » ? The « évènement ruine » is the term that Stéphane Bedhome – the founder of the museum - coined in his thesis and his book to describe the state of devastation and sideration of the area after the Great War. This subject was so vast that it had to be treated in one prologue and two parts. «Lands, cracks of the Great War»is the prequel of this series : a symbolic evocation of the disruption of the land by the war, of the transition from an ancient world to a new one. The first chapter of the « Path towards Reconstruction » (April 2015 – December 2016) presented here, is about the reconstruction of the houses and the restoration of social ties on the « Chemin des Dames » after 1918. The second chapter (April 2017 – December 2018) will be about the reconquest of the land and cultures, of the new aspect of gardens between 1919 and 1939.

The « Path towards Reconstruction 1919 - 1939 » is divided into two parts. The first one illustrates all the trades that have contributed to the material reconstruction of the towns and villages : masons, carpenters, plasterers, roofers…. The high quality of the techniques and the skills confirms, if necessary, that the functions and shapes of tools are also the expression of a particular working class philosophy.

The second part, devoted to the society during the reconstruction, is divided into four sections. « Damages » describes the complex administrative machinery developed by the State to help the devastated areas and the populations. « Entrepreneurs and workers » deals with the daily activity of the workers in the Maroteaux-Cabaret firm. « Interiors and cafés »shows the elements, sometimes rudimentaryof everyday life in homes and café and grocery stores. « Festivals and ceremonies » is about lay and religious commemorations, the undeniable marks of recovered sociability.

Finally, this presentation couldn’t have been imagined without the presence of a book by Roland Dorgelès, « Le réveil des morts », published in 1923, a terrible evocation of this physical and moral work of the reconstruction. The book is placed at the beginning of the second part, facing the simple wooden shutters, typical of the new houses. Thus, a line has been drawn, the symbol of a path, the path of revival.

The reform of the tax system is now much debated. Justice, equity, proportionality are words that are commonly used. This is no new fact, it is deeply rooted in a rich historiographic ground. From the Roman Empire to our successive republics through the medieval times, the tax system is constantly debated, reformed, reorganized.

« About wheat » intends to illustrate the conversion of grains into a market value that can be collected in kind.

This original exhibition provides a view of the tax practices related to grains in France during « l’Ancien Régime », while inviting the spectator to put into perspective the difficulties people have to face nowadays. Moreover, social and cultural practices are questioned through objects on the eve of the French Revolution.

It all starts with the harvest of the « golden grains ». the cutting edge of sickles and scythes flattens the ears of wheat . Then, the grain is bundled, threshed and stored, which will enable families to live or even survive. « Coffins, onglets, aiguilles à botteler, tribulum, fléaux, batadères » will be the finest ancient, sometimes very ancient objects, more or less ignored nowadays.

Then come the measurement with those receptacles which have travelled through eras and show the deep social and economical changes in France from the end of the « Ancien Régime » to the middle of the XXth century. They show a country, France, that develops a structure : seigniorial measures, royal tax tallage. Then comes the standardization of the weights and measures system that made exchanges easier up to now, thus avoiding the tedious task of converting.

This new exhibition at the « Centre Historique du Monde du Travail » is an answer to the concerns of our present time. Those objects from a distant past are survivors of a bygone age, inviting the visitors to question the present.

Bees are dying…… Shall we have to say in the future that bees are extinct ? They are the vital link with the fertilization of fruit, vegetables or cereals but they have been gradually disappearing for fifteen years . The production of honey has dropped by half. Shall we be responsible for that catastrophe.

Mariel Jean-Brunhes Delamarre, an ethnologist and researcher at the « Musée des Arts et Traditions populaires » in Paris, studied the « bees’ shepherd ». It could undoubtedly be said that the « shepherd managed to make his sheep dependent on their master, but the beekeeper, on the contrary, largely depends on the « honey bees ». The experience of the war in our regions taught us that a deserted hive is lost. This assertion is confirmed by an old occitan belief saying that when the head of a family dies, his bees must immediately be consoled and reasoned so that they won’t leave the apiary.

This original exhibition provides a retrospective of the many and varied habitats of those queens of honey. Made of clay, straw, stone, wood, the hive is the symbol of the intense buzz around the apiary. Those houses of a winged society imagined by man for ages are of an astoundingly refined architecture. Those villages of hives, so singular, can still be seen down some slopes of « mont Lozère », « Col du Lautaret » or down steep mountainsides in the Pyrénées. They also evoke other types of habitat that can be found in Africa or in Europe. Those hives are part of an ancestral skill in harmony with the respect these insects deserve. However, let’s say that exploiting the most archaic hives led to the destruction of a significant part of the swarm.

This new exhibition at the « Centre Historique du Monde du Travail » is an answer to the concerns of our present time. Those objects from a distant past are survivors of a bygone age, inviting the visitors to question the present.

An exhibition as a tribute to Jean Paul Van Der Linden, a passionate collector. Presentation of his collection.

Jean Paul Van Der Linden was born on January 19, 1953 in Châlons-sur-Marne. After his father’s death, he is placed with foster families, along with his two brothers and his sister, in the Champagne vineyard . Jean Paul is a studious and serious child. After he graduated from secondary school, he studied at Roosevelt High school, in Reims. On his seventeenth birthday, he decided to join the army temporarily (402 RA in Laon). He cancelled his contract in September 1972. He rapidly found a job at the sugar factory in Guignicourt, where he spent all his career until his illness was diagnosed. He got married in 1973 and he had two sons : Stéphane in 1974 and Jérôme in 1976.

He got caught up in the passion for / he fell inlove with / ancient objects long before he got married . He already owned storm lanterns, carbide lamps and a lot of other objects. Very quickly, he started to increase the number of fragments of the collection he had already put together. With his wife, he used to go to the « Halles du Boulingrin » and he got up before dawn to go antiquing at yard sales . Go antiquing, of course, but also get information : He bought plenty of books and he enjoyed to know the story of objects and their owners. « One year, we drove back home from Auvergne with two plows and one yoke for oxen on the roof of the car, objects that he had bought from a farmer in order to save them. I suppose he chose the destinations of our holidays according to the unusual objects he might find there ». He exhibited his tools and objects in Condé sur Suippe and in Chaudardes. As a genuine teacher, he loved arousing the interest of children for objects. 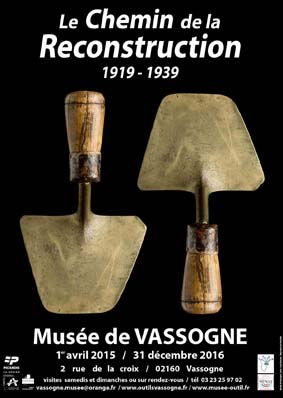 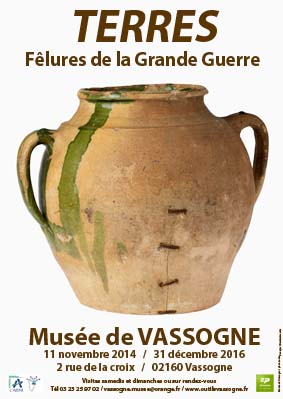 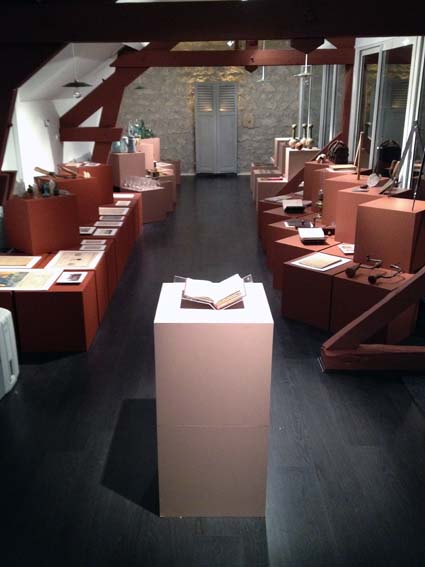 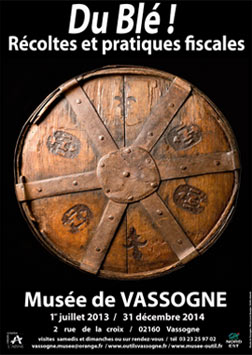 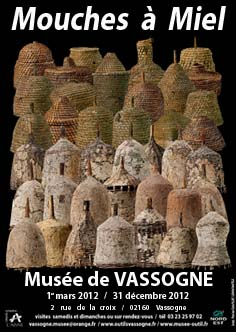 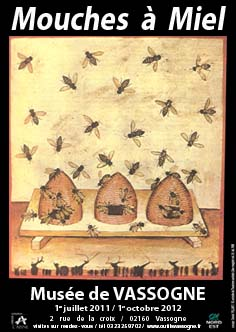 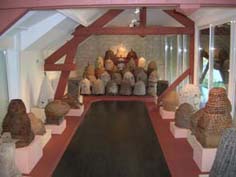 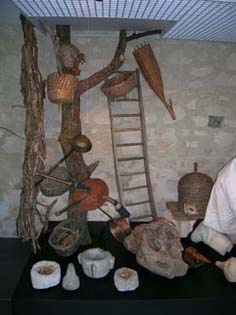 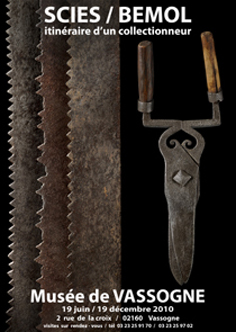 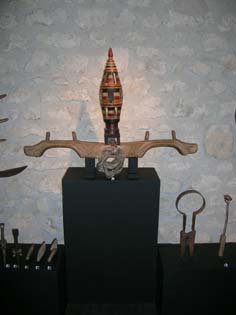 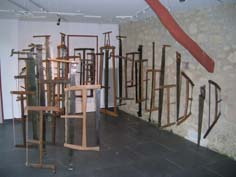